Chef’s Cut is excited to collaborate with everyone's favorite meat-loving papas: The Grill Dads. With JERKY 101, Chef’s Cut and The Grill Dads bring a series of episodes to help answer your biggest questions about America's favorite meat snacks. Each video will feature themes like sourcing, ingredients and nutritional breakdowns, as well as best practices and preparation methods. Want to learn more about the jerky making process, the magic behind biltong, and the awesomeness of premium meat sticks? You’re in luck because school is in session with JERKY 101.

Watch All The Episodes 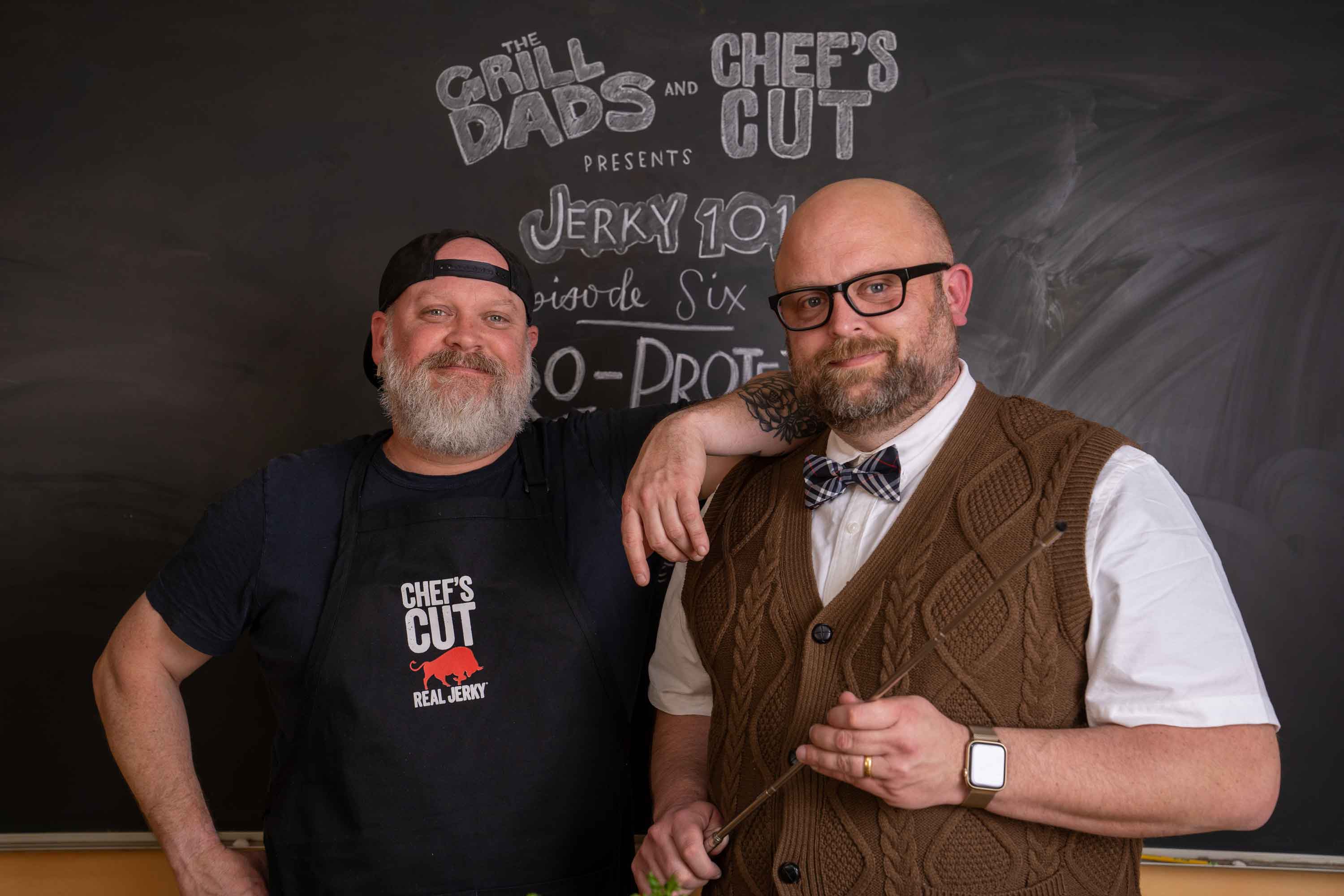 The Grill Dads are Mark Anderson and Ryan Fey, also known as Mark and Fey. Best friends for more than 20 years, the two started cooking together for dinner parties and casual barbecues. As the hungry crowds grew, Mark and Fey were able to turn their passion for making crave-worthy weekend eats into appearances as guest executive chefs planning sold-out pop-up menus at Los Angeles restaurants.

Mark and Fey won Food Network’s Guy’s Big Project, an original competition reality series created and hosted by Guy Fieri, which led to the launch of their own Food Network series. Leaning into their roles as fathers to young children, appreciation for top-quality proteins, and lovers of ‘dad jokes’, Mark and Fey are now proudly known as the Grill Dads.